10 of the Best European Ski Resorts 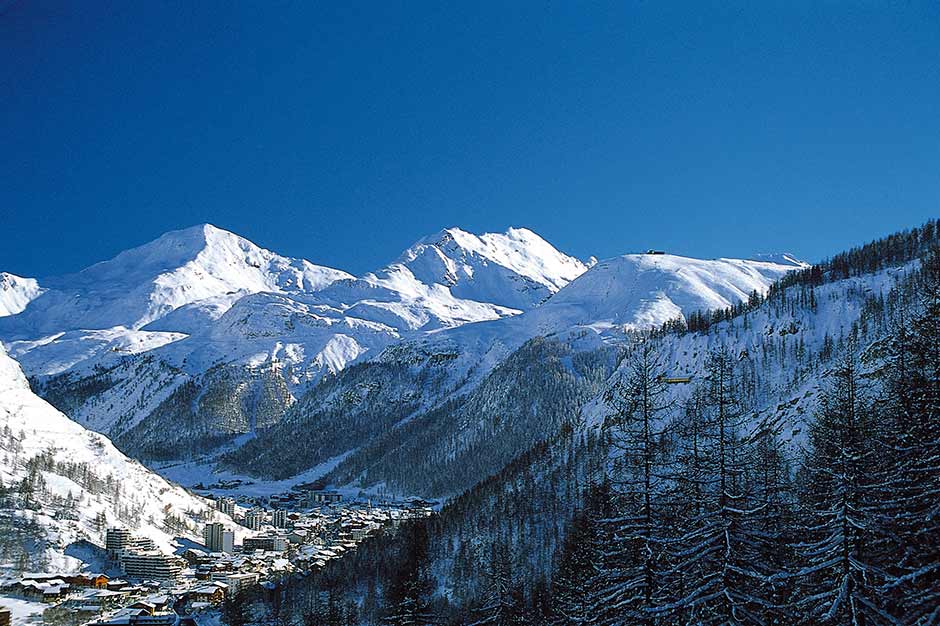 Every avid skier will have an opinion on the best ski resort in Europe, normally associated with certain pivotal moments in their skiing life. This could be anything from the resort in which they first mastered the parallel turn to simply the resort that is home to their favourite local (or the cheapest) beer.

The number of factors to take into consideration here is matched only by the number of contender’s worthy of the title. Each resort, of course, is promising the best combination of all the seemingly essential aspects of the ski experience.

It goes without saying, a resort will need phenomenal skiing to even be considered as one of the top mountain destinations. There has to be that extra spark that will put those few select locations above the competition.

Luckily for you, we have scoured the maps of Europe (both geographical and piste) for the answer. You may be surprised by some of the results, so read on and potentially discover your new skiing home for the winter.

So here we go, read on to discover 10 of the best European ski resorts.

The Three Valleys is an easy and obvious place to start. The ski area comprising of Meribel, Val Thorens and Courchevel is one of the largest in Europe and therefore a magnet for skiers in the know.

It seems to follow that the place to be, in this vast array of interconnecting pistes, is right in the middle. You guessed it…this is exactly where Meribel sits, giving the resort fantastic access to both its formidable neighbours.

Perhaps the most impressive selling point for Meribel is the diversity of its following. With something for everyone – all ages and abilities.

Take Little Johnny as an example, he is your classic 3-year-old, ready to embark on a lifelong career in the snow. With Meribel, little Johnny has somewhere ideal to learn, somewhere exciting to do his first season and somewhere to train for the 2038 Winter Olympics. 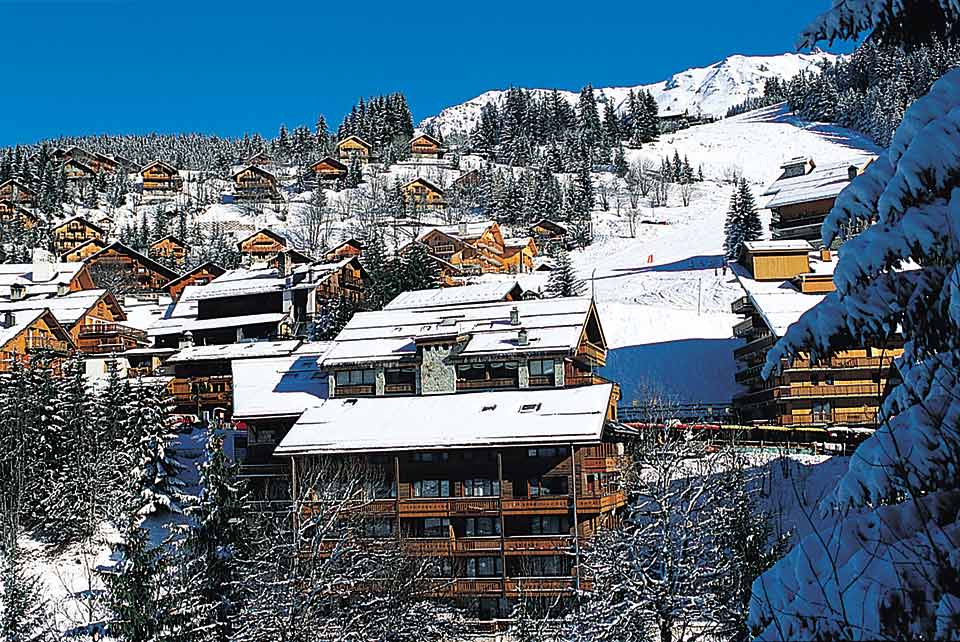 Making up one half of the Paradiski ski area, Les Arcs is a great place for families, passionate skiers and après hunters alike.

Les Arcs slopes lend themselves more to the intermediates and experts, whereas La Plagne (the other side of the Paradiski coin) caters slightly better for the beginners. Can’t decide which is for you? Fear not, with the full area pass you can enjoy both in the same day without breaking a sweat.

Les Arcs is also the newest member of the Folie Douce family, with this addition only opening its doors at the start of the 19/20 season. However, don’t for a second think this is the only place to refuel during the skiing day, a plethora of piste side cafés and restaurants will keep you topped up until long after the chairlifts have ceased. 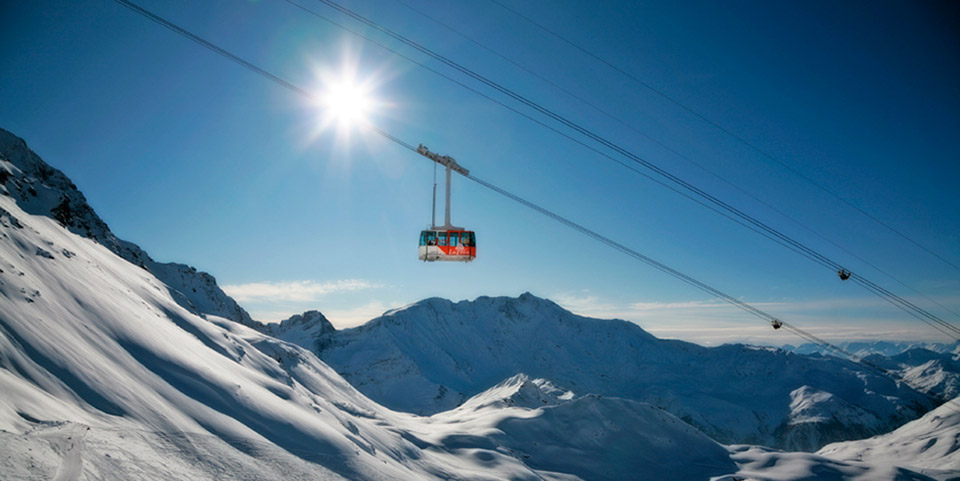 If someone mentions skiing in Austria, the first resort that comes to mind is probably St Anton. This reputation is well deserved and means the resort remains one of the most sought after in Europe.

Although there are great places for beginners to learn in St Anton, it is often seen as a more challenging resort with a combined total of around one hundred red and black runs. Parents can therefore spend time honing their skills whilst little Johnny is in ski school (nobody tell Meribel he has ventured elsewhere).

St Anton is also notorious as a mecca for après, with its multiple famous bars such as Mooserwirt and Krazy Kanguruh. Mooserwirt being the spot to choose if you have an affinity for table dancing, and the Krazy Kanguruh for those that are after the largest open-air dance floor in the Arlberg.

You may also like: 8 Top Ski Resorts with the Great Après 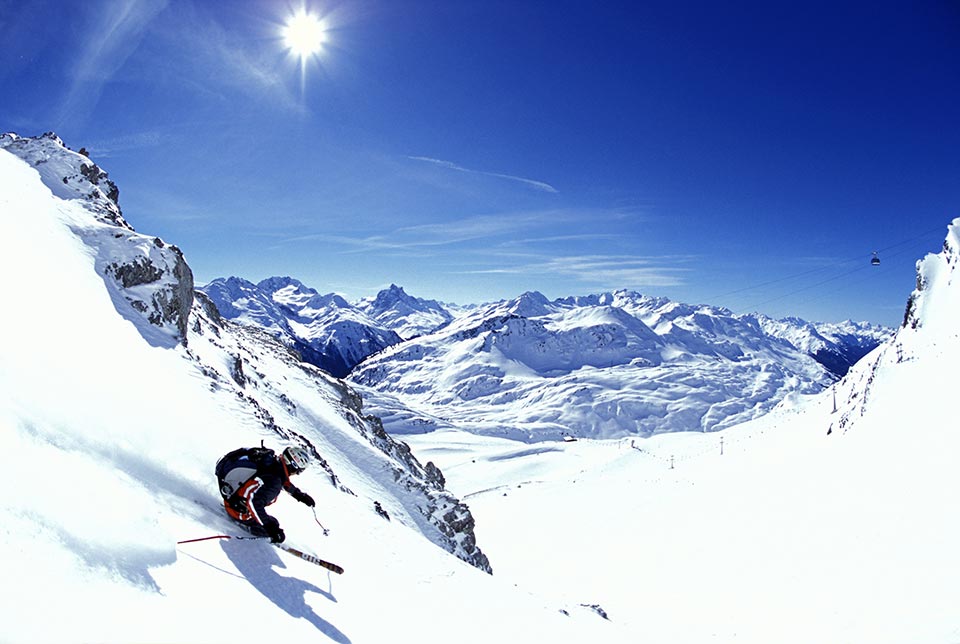 The Dolomiti Super Ski Area is another among the vastest in both Europe and the world. The bonus with the Italian resorts is that this inordinate amount of snow can often be yours for a lower price tag than with their French counterparts.

Selva Val Gardena is the largest of the villages in the Val Gardena Valley and therefore a fantastic base to explore all the area has to offer. The resort itself plays host to World Cup level ski competitions, meaning the pistes are more suited to the intermediates and advanced, however their cruisy nature will ensure the beginner skier can also have a blast.

The non-skier, that normally prefers the larger resorts and their plentiful non-skiing activities, will be glad to hear that Selva Val Gardena has an array of these itself. Bowling, climbing and ice skating will all be on the agenda. Kids won’t be left out either, playgrounds are on hand to keep them entertained when they’re tired of the ski boots for the day.

One of the most well-known names in the European ski catalogue, Val d’Isere (along with its reputation) has evolved over the years, resulting in it being a worthy contender for the top spot.

The original Alpine town with its church can still be seen, giving the resort a traditional and authentic feel. But by no means is the resort lacking in modern facilities.

Linked with Tignes, the skiing is both challenging and abundant. The infamous La Face, with its intimidatingly steep entry gives those brave enough something to boast about in the bar, and beginners can head over to the Solaise area to perfect their technique on the longer, cruisier runs.

Val d’Isere is perhaps now as renowned for its après and nightlife as it is for its pistes, offering the best of the best in both departments. The après bar Coco Rico has become one of the most popular in the Alps, despite it only opening its doors in 2015, and Dick’s Tea Bar has been the place to be seen after dark since 1979.

Modern, sophisticated and classy, this is a philosophy that oozes through the resort town of Madonna di Campiglio and onto the slopes.

The 150km of piste is beautifully groomed, giving learners an ideal place to practise and ski veterans the perfect playground to let loose. Freestylers can make a bee-line for the Ursus snow park, a monstrous collection of rails and jumps that is seen as one of the best in the Alps.

At the end of the skiing day, any foodie worth their salt will be heading to one of the three Michelin star restaurants on offer, including the Alfiero Restaurant with its traditional Italian feel.

Although we’ve already mentioned one part of the three valleys, it would be criminal not to add Val Thorens to our list (and I don’t fancy taking it up with the gendarmerie). Popular for many reasons, not least due to it being the highest resort town in Europe, ensuring quality snow in both the early and late season.

Over recent years, Val Thorens has developed a reputation as being the resort of choice for university trips and younger groups. This is well-earned thanks to an abundance of lively après bars and night out venues, including the Malaysia nightclub, modestly calling itself the biggest club with the best music in the Alps.

Families and learners can, in reality, appreciate the resort as much as the most devoted party-goers. Being compact and centralised around an accessible snow front, beginners can head for the magic carpet and more experienced skiers can catch the funiculaire peclet up to the more demanding skiing.

Another all-rounder. The short transfer and great run selection make the resort perfect for families, with the steeper slopes and variety of bars attracting a multitude of other demographics.

Night skiing, ice driving and husky rides are just a selection of the other activities on offer here, and in the spring the resort plays host to the Tomorrowland music festival.

Alpe D’Huez is also home to the longest black piste in the Alps, an unmissable ski experience for anyone looking to test both their skills and their nerve. If your idea of a good time revolves more around an easy cruise in the sunshine, you’re in luck, the resort is known as the ‘island in the sun’ often with over 300 clear days per year. 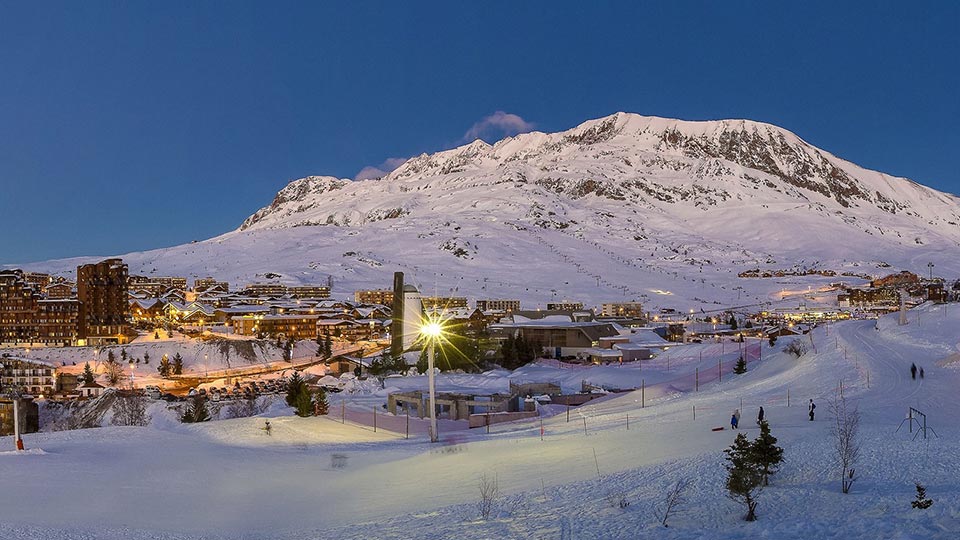 Perhaps another resort that would cause a virtual snowstorm if not included. This may be the neighbour of the mighty Val d’Isere, but it has a personality of its own and a following that is second to none.

Tignes is a favourite amongst seasonaires, who flock to the numerous affordable bars and restaurants that litter the interconnecting villages. As well as sniffing out a bargain, you can also bet the seasonaires will congregate where the skiing is the best, and Tignes is no exception to this rule.

With a full area pass, over 300km of pistes will be at your disposal, including glaciers and multiple snow parks. With the majority of the pisted slopes being blue, those that love wide and undulating runs will be in heaven.

A resort that may be a surprise contender, however those that grace its slopes can become hooked for life. La Rosiere is a quiet, family friendly resort where you’ll find passionate locals and wide-open slopes.

Those used to large, sometimes crowded resorts, will welcome the change. Even though the kilometres of piste available to your skis may be less, the more secluded nature of the resort gives everyone the opportunity to carve to their hearts content without the need to continuously dodge others.

However, don’t despair if you’re in search of Rosé pit stop. A wide range of bars and restaurants are on call to indulge in whilst Little Johnny and Little Timmy will have field day in their lessons (see, he’s already convinced a pal to come skiing).

This selection of the best ski resorts in Europe should hopefully keep you going for at least a few weeks in the mountains. Once you have ticked off all the runs of these piste maps then worry not, there are plenty more on offer. Follow these links to investigate the other destinations available in France, Austria, Switzerland and Italy!